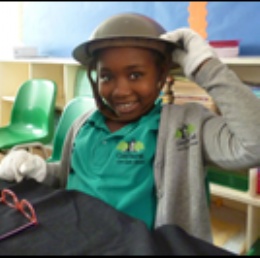 Trench Brothers was an exciting project involving our Year 5 children, which was run in association with HMDT

Trench Brothers was an exciting project involving our Year 5 children, which was run in association with HMDT. The project used Art and Music to facilitate the children learning about the role played by ethnic minority soldiers during World War I. The children took part in a number of different workshops, including one with The National Army Museum, where they dressed up in costumes and looked at artefacts from World War I and learnt about how they were used. ’I got to put on a costume, an army costume’ Adam. ‘It was really good, I really enjoyed it’ Layla. ‘We got to touch all the objects - they were real objects from the War, we just had to wear special gloves’  Maryam 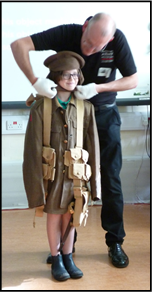 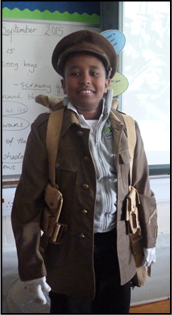 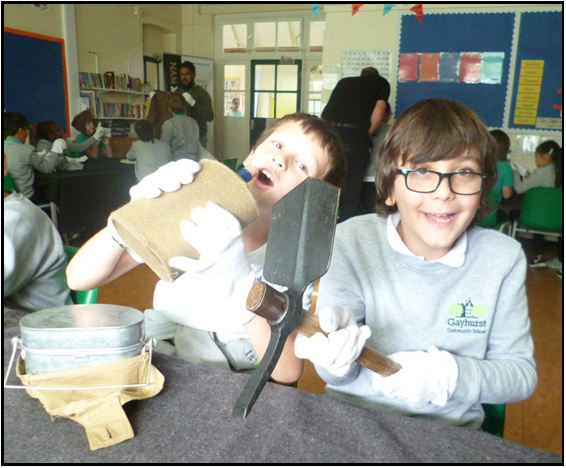 Over the course of the project the children worked with a team of professional musicians, actors and puppeteers, working hard to learn songs (including a song that they  composed  themselves). They also made puppets of West Indian and Indian soldiers which they used in the final production which took place at the Clapton Girls’ Academy theatre, with pupils from two other schools participating in the project.

The performance was a great success and everyone learnt much and really enjoyed it .  5N told us that the day of the performance " was one of the best times we've ever had in Year 5!  It took about 4 hrs and hard work to make the show perfect.  We practiced with three different schools and it was amazing.  We also made new friends with children from other schools".  Also, "It was so fun the way everyone got together to perform.  I loved the way we used our puppets!"