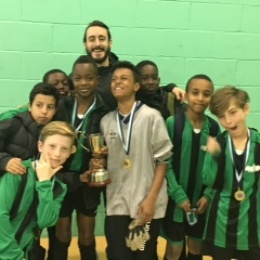 Gayhurst recently competed in the Hackney Schools Athletic Association 5 a side Football finals....and ended up as the champions!

Gayhurst recently competed in the annual finals of the Hackney Schools Athletic Association 5 a side Football competition.

Having  made it through two rounds the Gayhurst team found themselves up against five other teams from Hackney; Kingsmead, Grazebrook, St Dominics, St Scholasticas and Millfields. The first game saw Gayhurst claw back from 1 goal down to win 2-1 thanks to goals from Romaine. The next game saw them brush aside St Scolasticas with a more comfortable 2-0 win. The third game was a more tense affair against st Dominics as both teams were unable to find the back of the net. Next up was Kingsmead. Goals from Romaine and Colin saw that a win in the final match would ensure victory. Going in to the game vs Grazebrook (who pipped Gayhurst to the Glyn Williams cup months ago) the boys were nervous. However, they managed to hold their nerve and record a 1-0 win thanks again to a goal from Romaine.

The team were thrilled with their win and once again were a credit to the school. Well done to all involved - Gayhurst are football champions once again! 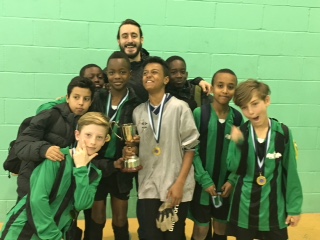 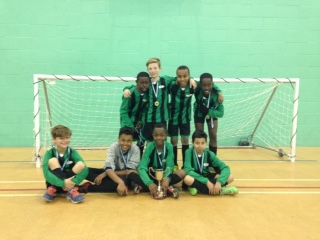