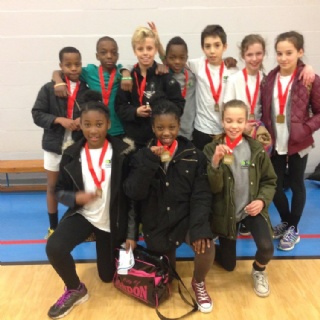 A big congratulations to the sportshall athletics team who became  the borough champions at the recently held finals at Clapton Girls Academy.

A big congratulations to the sportshall athletics team who, having reached the Hackney Finals, have gone on to become borough champions after beating three other  primary schools in the borough finals which were held at Clapton Girls Academy on Friday 30th January.

The team will now represent Hackney in the East London Finals of The London Youth Games at The Copperbox on the 6th March. The team will also be bigger, so get ready for more trials. Watch this space!