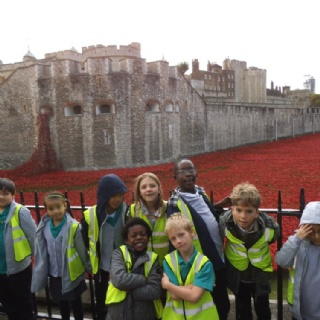 Pupils in classes 4J and 4L each made a poppy for their own display to commemorate soldiers who died in World War I, then they visited the ceramic poppies at the Tower of London.

As part of Black History Month classes 4J and 4L studied Officer Walter Tull, a World War I hero who died on the battle field in 1918.  We learnt  that 66 past Gayhurst students also died during this war so to commemorate them and Walter Tull we each made a poppy to represent  them.  These were presented on our display board in the same style as the magnificent installation at the Tower of London.   After we made poppies we had our own visit to the Tower of London to view the ceramic ones. 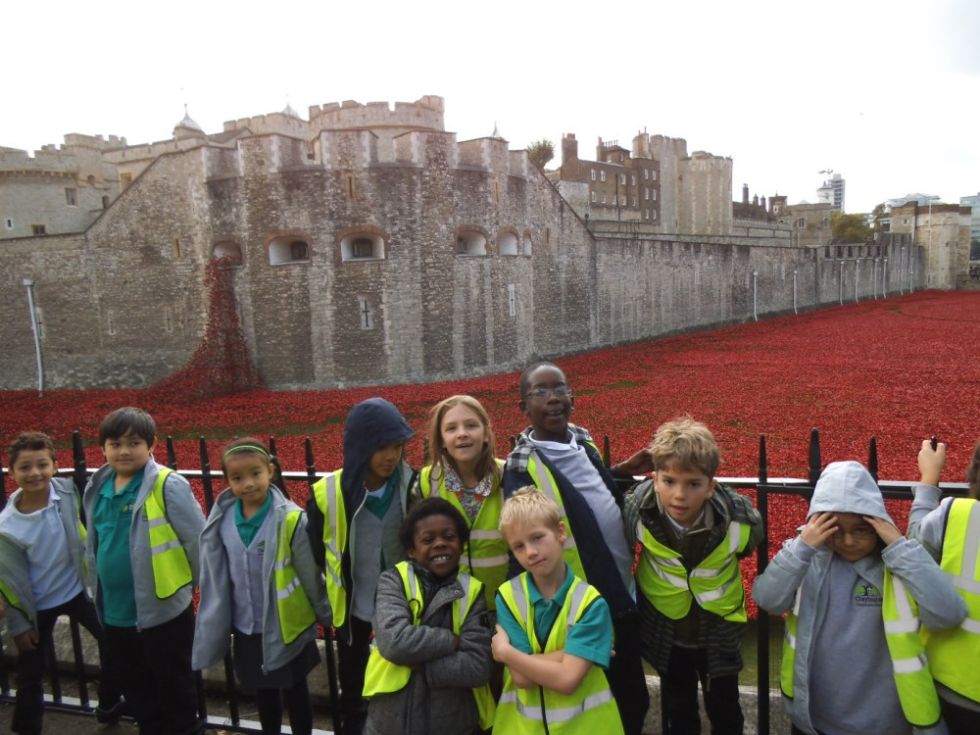 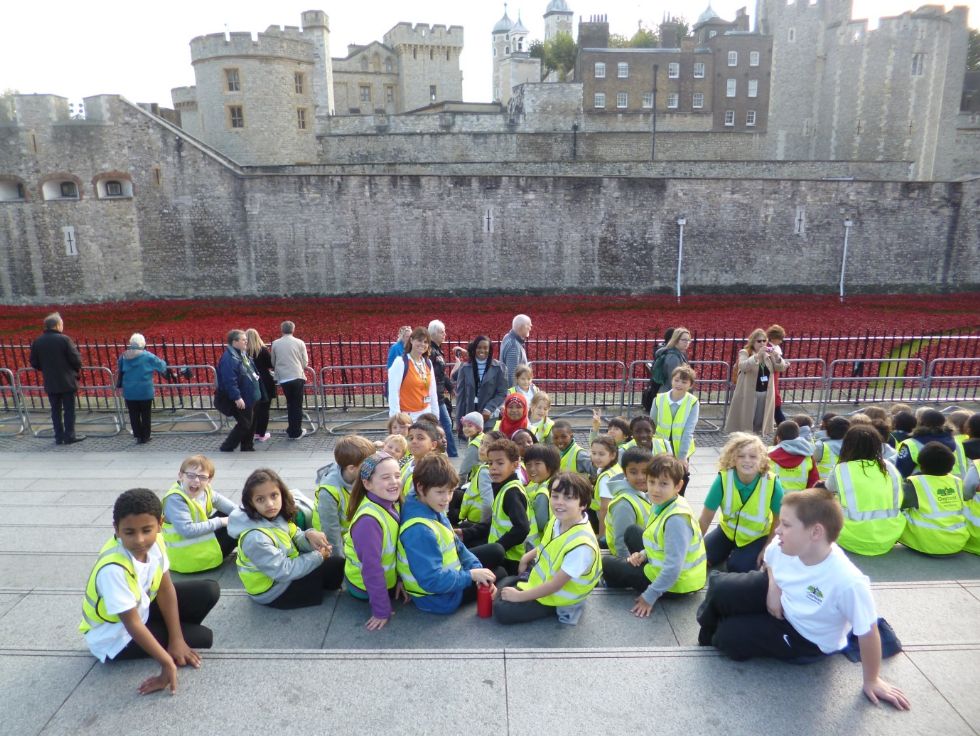 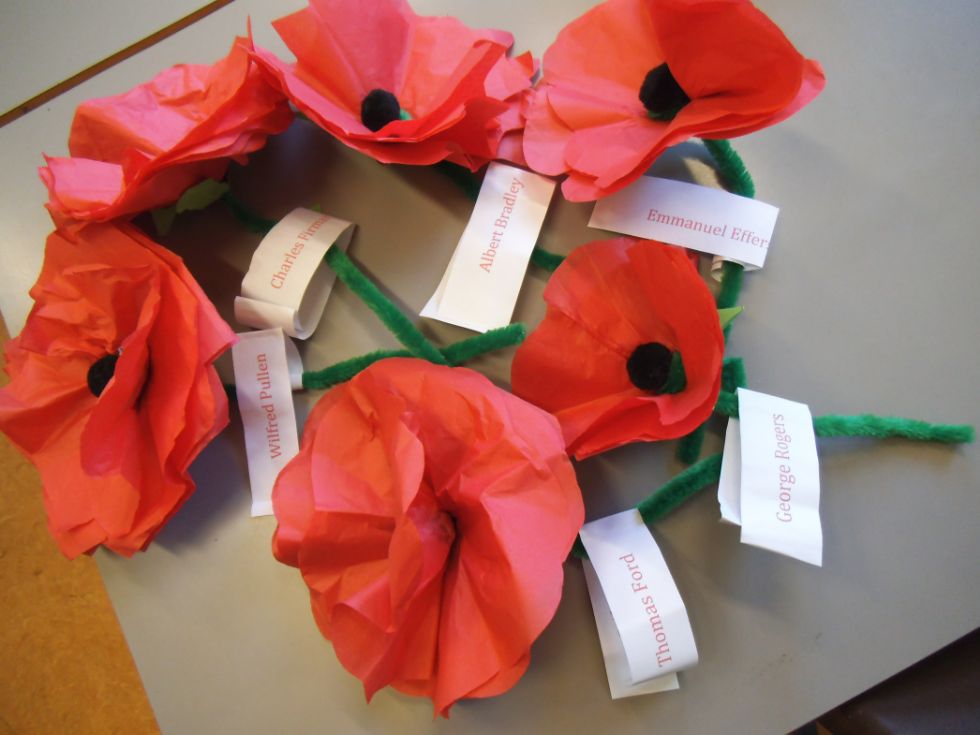