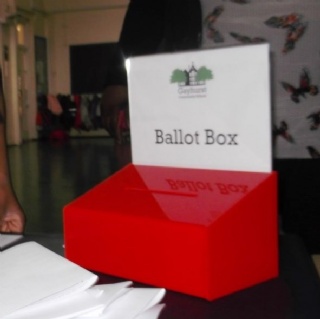 This week we held the  School Council Elections. We created a Polling Station for the event, and had Voting Cards which we posted in a Ballot Box.

This week we held the  School Council Elections. Children wishing to be candidates gave speeches to their classes on Monday and  a shortlist was drawn up for each class of possible candidates who could  represent their class. Wednesday and Thursday were Election Days and classes went to the Polling Station which was set up in the hall, where they were given voting cards. Each child went to vote inside a booth before placing their votes into a ballot box. Votes will be counted  and the successful candidates will be announced in Monday’s assembly.         Here’s what some children from 5E said about the process;

'This one vote  changes everything' (Arran)

‘I like the new voting system because it  prepares us for when we are older.  It's like voting for a Prime  Minister' (Leda)

You can find more photos of the Elections by clicking here. 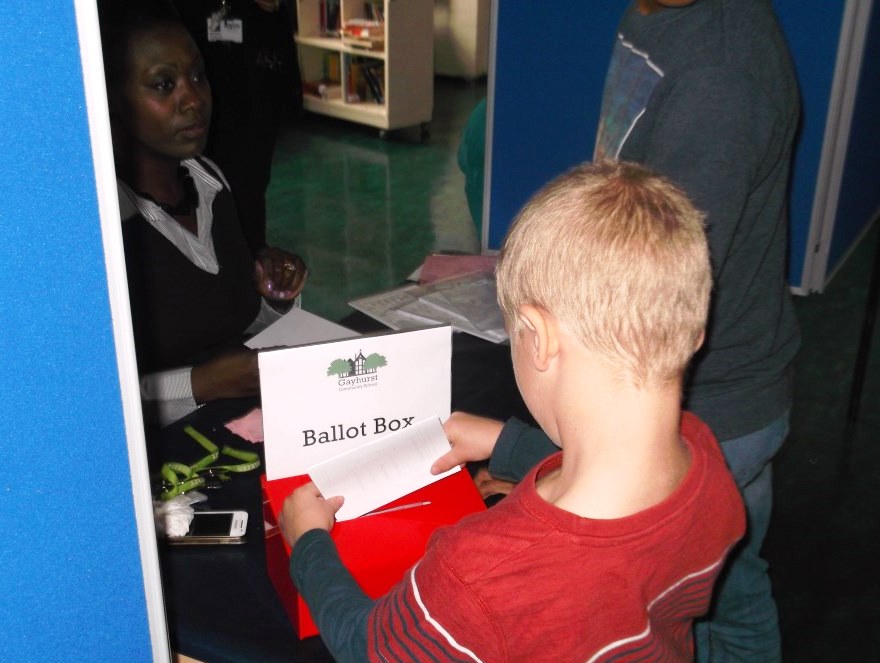 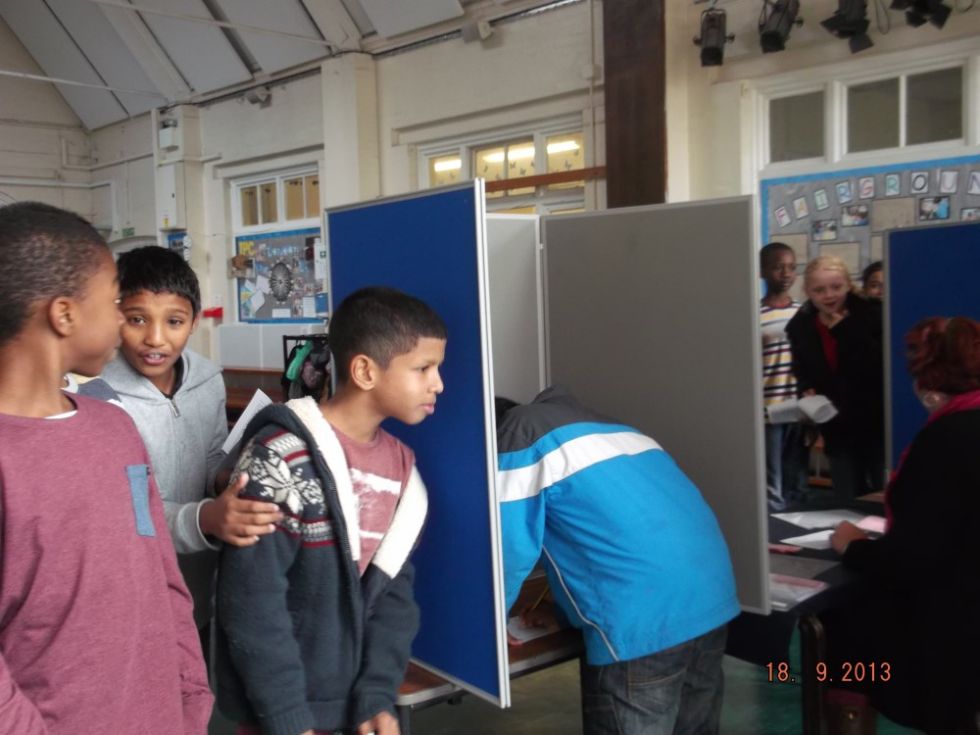 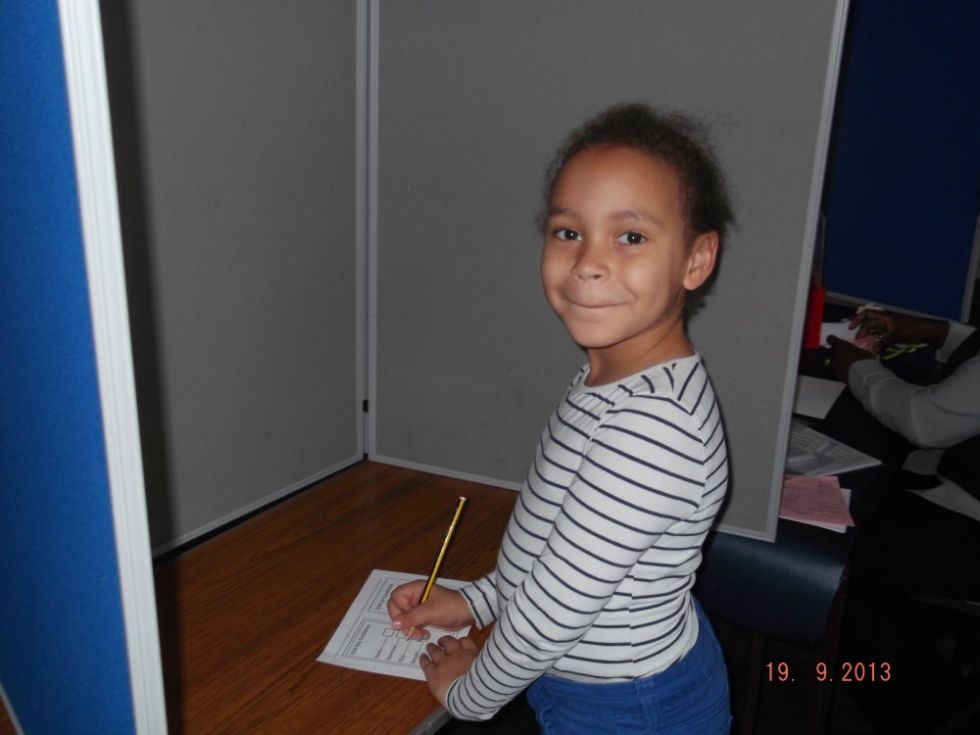 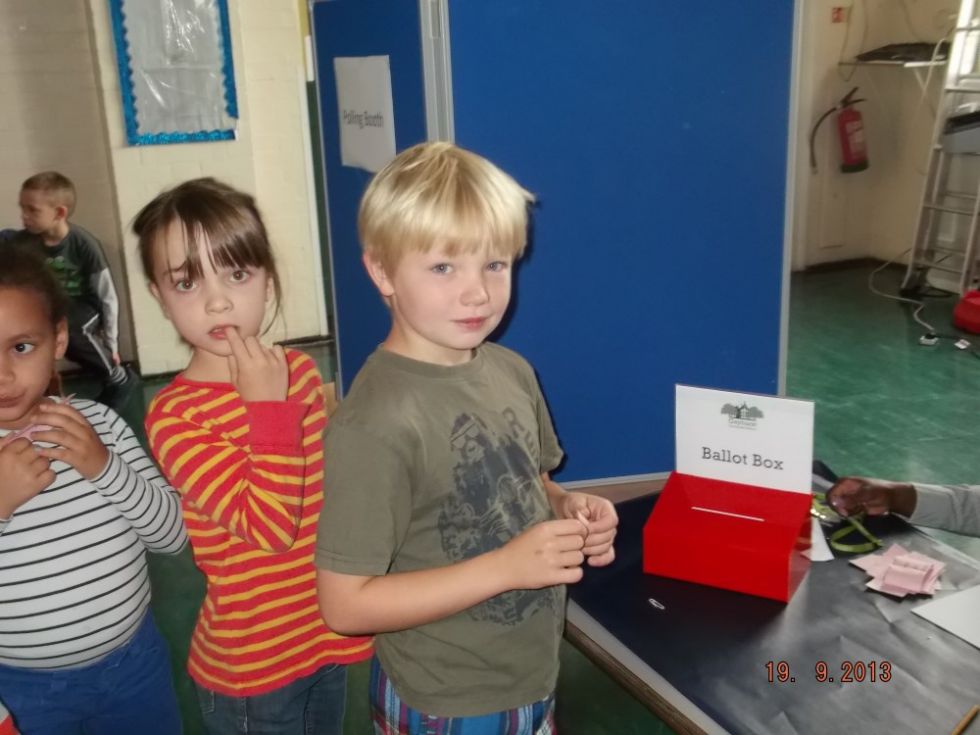