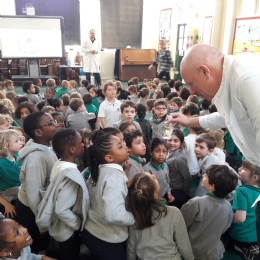 In the week before half term, Gayhurst children and adults took part in an action packed week of learning based around Science, Technology, Engineering and Maths (STEM).

In the week before half term, Gayhurst children and adults took part in an action packed week of learning based around Science, Technology, Engineering and Maths (STEM).

The main focus of the week’s learning was an extended STEM project, with children working in small groups to design, make and test a paper-straw structure to replace one of London’s iconic building: Big Ben in Years 1 and 2, Tower Bridge in Years 3 and 4, and the London Eye in Years 5and 6. Maths skills and science knowledge were used throughout with children needing to accurately measure their construction materials, understand the strength of and build different shapes, as well as budget for and buy the resources to fund their constructions.  “We made lots of straw squares to make a tower,” Ted (1/2U). ”I enjoyed learning how to join structures with sellotape. It was challenging at first but we built a ferris wheel.” Malika (6C).

Over the week, each phase also took part in a different Maths assembly. Years 1 & 2 heard that 4 different colour aliens had crashed to earth, and had to use problem  solving skills to show all the different orders that the              aliens could get back on the ship. Zelda (2M) found 11 different ways and said "I found it really hard but I didn't give up".

Years 3 and 4, and then Years 5 and 6 took part in Gayhurst's first STEM week Times Table Challenges. The competitive spirit was high as our very brave and  extremely impressive times table teams competed across three separate rounds to win the trophy, including a 'beat the teacher round'. In front of 150 children, competitors held their nerve and answered multiplication and division questions at lightning speed! The audience completed a tricky times table square to add to their team's points. It was a very tight call but Year 3 and Year 5 managed to leave triumphant. Otis (3A) said "The assembly was really good and quite tricky when we all had to fill in the times table square, as I am still learning my 6 times table".  A huge well done to Nell, Biruk and  Dulcie (3G), Sarah, Maya and Youel (4W) Aisha, Faith Michelle and  Richard, (5S), Muhammed Uzair, (5/6Y) Amira (6C) and Malakai (6S).

Maths carousels also took place across the school, with classes using age appropriate reasoning and problem solving skills, often with a competitive element. Each class took part in 5 different reasoning challenges across their phase, creating a real buzz across the school. Games included brainteasers with                pentacubes, Nim, Magic Six and Shut the Box.

In English, children read a picture book detailing the life of a famous STEM person, then produced a                biography to retell their story. Years 1 and 2 found about the life of British-Iraqi architect Zaha Hadid. “We learned about her childhood and her career.” Sabastian (1R). “She made a football stadium.” Amaya (1R). Years 3 and 4 learned about the  computer scientist Grace Hopper. “Grace joined the navy in 1943.” Asar (3A). “She made the name computer bug when she found a moth.” Harvey (4W). Years 5 and 6 read about the unusual life of   mathematician Paul Erdos. “He was a genius who still couldn’t butter a piece of bread as a grown man.” Gareth (5S).

STEM week also involved a number of impressive science experiments performed by teachers and in two brilliant assemblies from our prestigious guests from UCL – Mark Lythgoe and his team of brain imagers and Greg Towers and his team of virologists. “I really liked all the experiments especially when teachers did balloon brain surgery.” Albert (5S). “I liked it when we had to clap really quickly” Canaan (4W). Finally, Thursday’s science fair allowed a packed hall of Gayhurst parents and carers to get involved in this week’s learning.

A huge thank you to all  involved in STEM week especially Professors Greg Towers and Mark Lythgoe and their teams and Thomas (Science Lead) & Hannah (Maths Lead) for a really great STEM week. 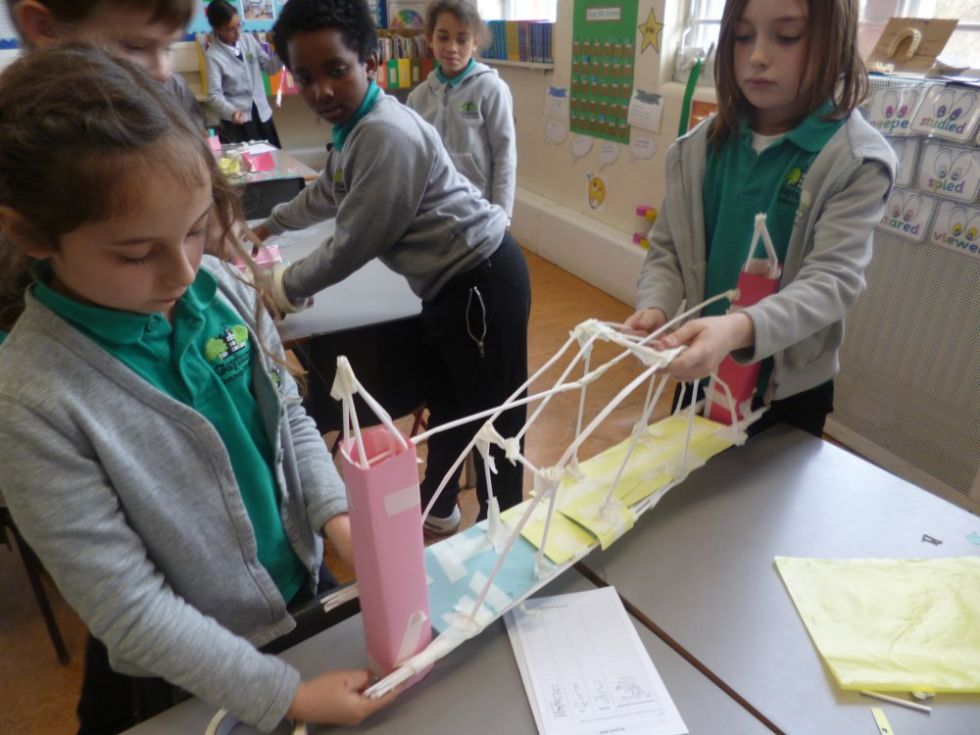 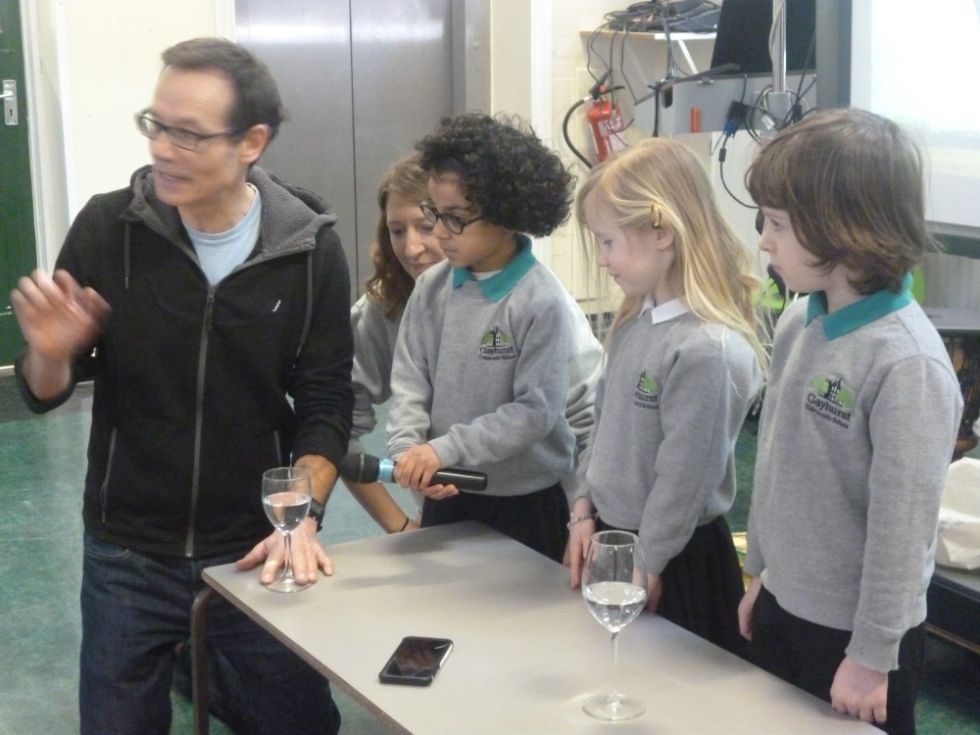 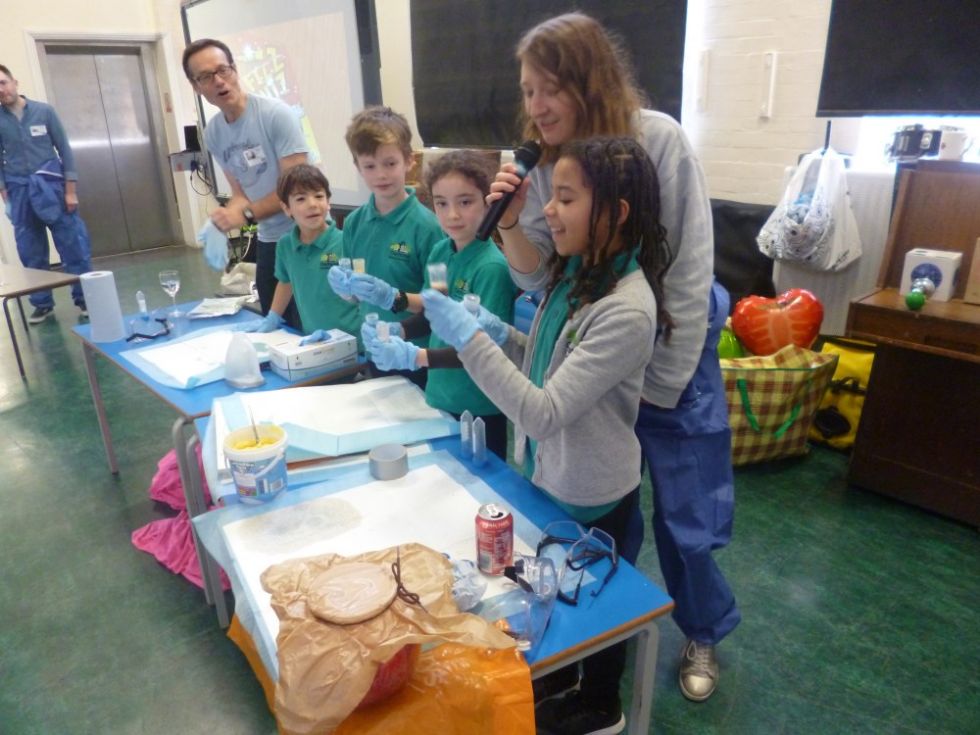 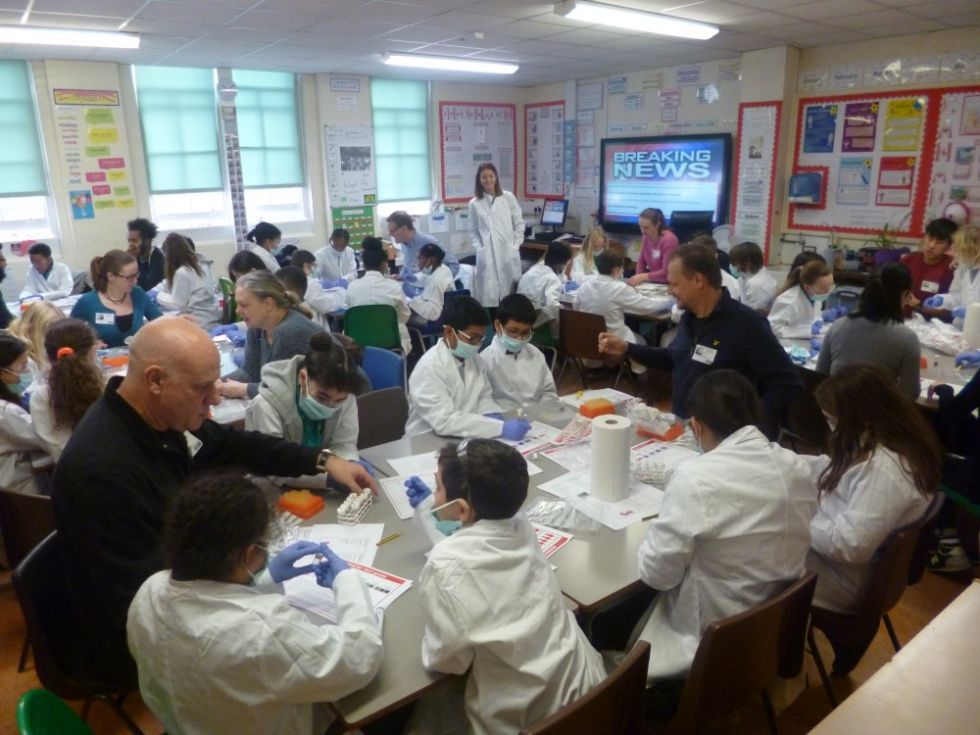 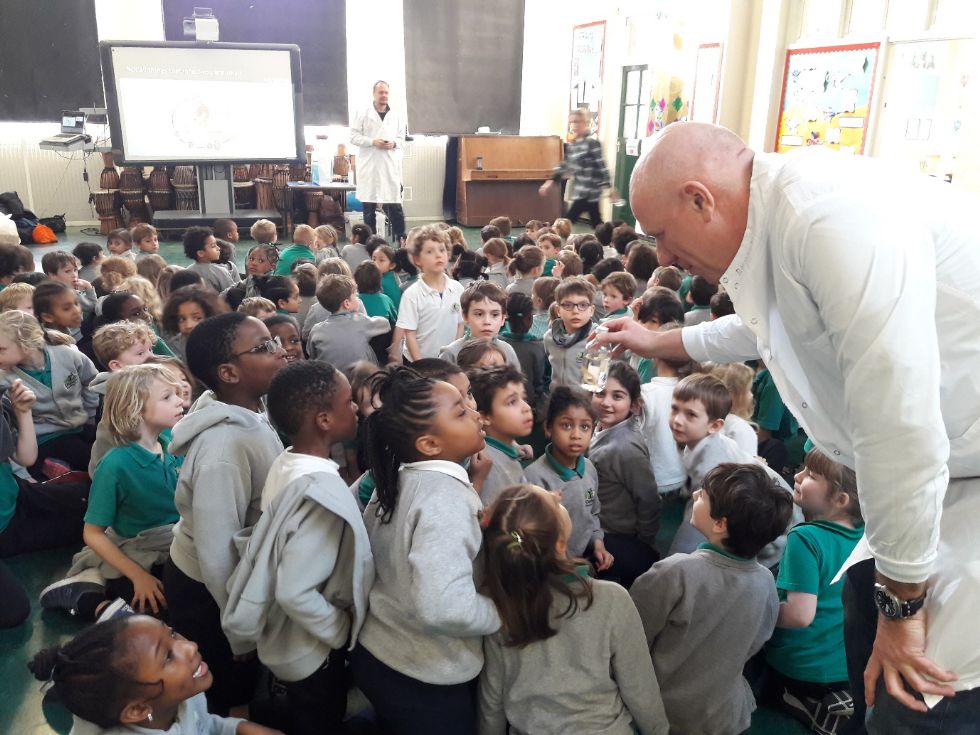